This is a quick picture guide on how to pop the hood on a Toyota Sienna. This applies to 2003-2009 Toyota Sienna models. The one shown here is a 2006 model.

The first step is to pull the hood release latch. This is located by the driver’s side left knee, just above the emergency brake. Pull the lever straight back as shown. 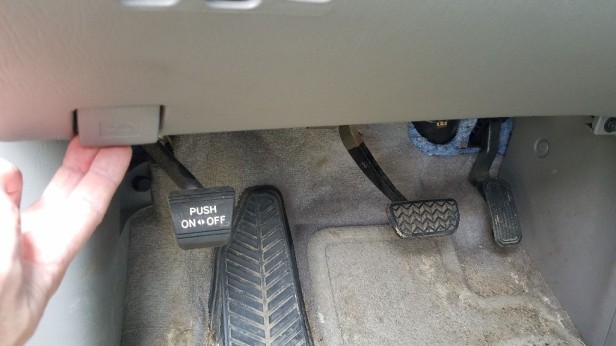 You will hear the hood pop up slightly as it is released.

Now go to the front of the vehicle and reach into the gap between the hood and the Toyota logo. There is a lever inside that needs to be pressed upward. 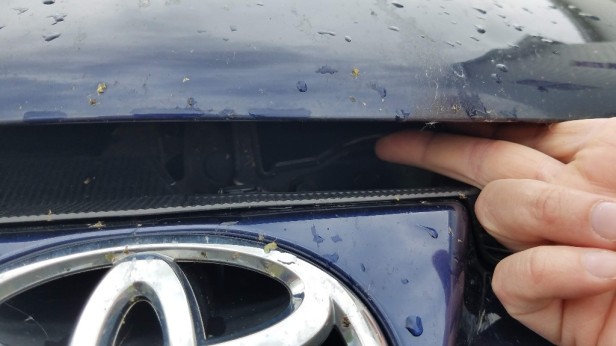 Here is a close-up of the hood latch being pressed upward. It releases a hook. While you are pressing upward on the latch, lift the hood up with your other hand. 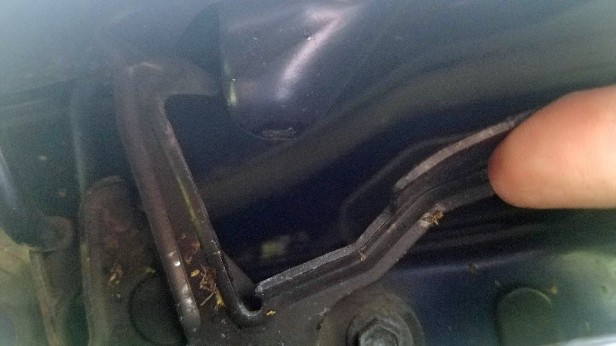 Prop the Hood with the Rod

While holding the hood up, unclip the prop rod, and put it into the hole in the bottom of the hood, as shown. 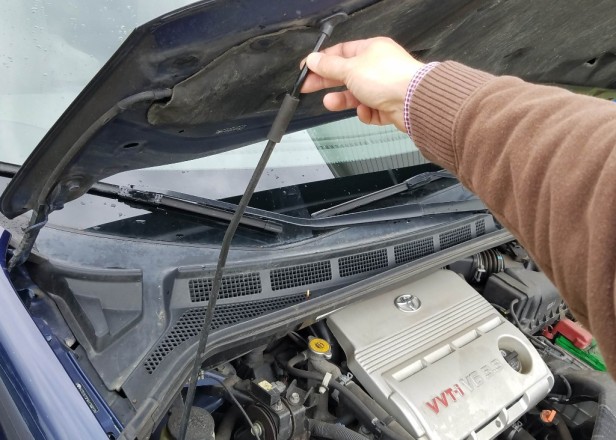 That’s it, hope it helps. Sometimes something simple like this just has one or two steps that aren’t clear, so it is nice to have it spelled out!