This final picture guide walks step-by-step through the process to do the finishing boil for maple syrup.

After harvesting your maple sap and doing the initial boiling, it is important to pay close attention as you near the end of your boiling. You will need to make sure that the syrup hits just the right temperature without boiling over!

This is part 3 of a 3 part series on how to make your own maple syrup. These are the links to the other articles in this series:

How to Finish Boiling Maple Syrup

This article assumes that you have already performed some amount of boiling on your maple sap, and you now want to finish boiling the sap to the correct consistency for maple syrup.

To perform this step, we will want to poor the sap from your outdoor boiling vessel into a large pot, for example a 6 quart pot and put it on the stove.

But before doing this, filter the sap to remove any residue that has accumulated during the initial boiling phase. Use filter paperand a filter stand or strainer. 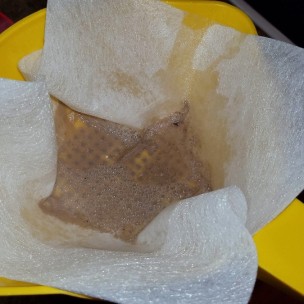 Once the sap is filtered, put it into the large pot and start up the stove and set it to a medium heat to get the sap boiling again. Insert your candy thermometer so that the bulb is submerged in the sap, but not touching the bottom of the pot.

A good practice to remove residue and reduce the amount of ‘sugar sand’ (or ‘niter’) that collects in your syrup, is to filter the syrup at 215°F.

Use the same type of re-usable paper filter as you did for the pre-filtering.

After filtering at 215°F, put the syrup back on the stove and continue boiling until it reaches 219°F.

You will also notice that the consistency seems to change as you approach the 219°F temperature. The bubbles will turn into larger, more viscous and stickier bubbles than before, like below.

There may be a temptation to go to higher temperatures in order to achieve thicker syrup. While this is the case, and the syrup will become thicker, it will also become more prone to crystalization. Below is some maple syrup that was heated to 230°F. After several weeks on the shelf, significant ‘rock-candy’ crystalization had occured.

Once the sap has reached 219°F, let is boil at this level for another minute or so, then it is done. If you want to be very precise, get a hydrometer and use it to measure the sugar content of your syrup. This will allow you to achieve perfect syrup!

Then pour the syrup into the canning jars while it is still hot. When you hear a ‘pop’, you know that they have sealed.

If you started out with 5 gallons of sap, you will end up with somewhere around 20 oz of pure maple syrup. Of course this depends on a number of factors related to the sugar content of the sap produced by your trees, but can be used as a rule of thumb.

As you may know, the color of the syrup that you produce will change over the course of the maple sugaring season, so don’t be surprised if your batches look different from one another! Lighter syrup comes from the first sap that is harvested, and the color darkens as the season progresses. There is a maple syrup grading system established by the USDA to classify the grades of maple syrup. 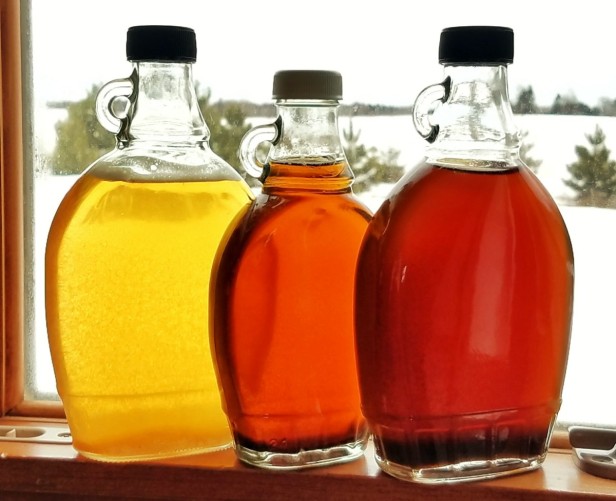 Syrup can sit on the shelf indefinitely, but should be refrigerated after opening the sealed jars. 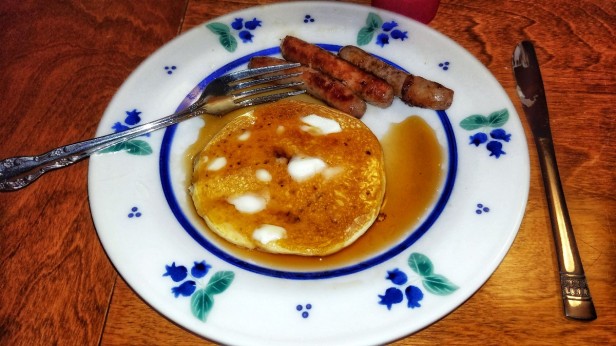 Thank you for reading, and I hope you found this helpful!

Making Maple Syrup – Part 3 – How to Perfect the Finishing Boil