What in the world, Toyota?!? Why do you use a non-standard, 5-sided nut to lower the spare tire? In this post we talk about why the spare lowers with a 5-sided nut, and more importantly, how to get the right tool!

Note: PracticalMechanic.com is reader-supported. If you buy through links on our site, we may earn an affiliate commission – at no cost to you. I do not put any other type of ads on this site because I think they are annoying. Thank you for your support!

What Were They Thinking?

I’m in an emergency situation, with a flat tire, and I need to lower the spare tire – where am I going to find a 5-sided socket?

Some time ago, Toyota issued a recall for the 1998-2010 Toyota Sienna and 2003-2019 Highlander (Safety Recall A9E) spare tire cable. The spare tire is stored under the vehicle, and apparently the steel cable could corrode and break, causing the spare tire to fall off. If this happens at highway speeds, this could be a very dangerous situation. The recall states:

The solution was to apply rust-prohibitor on the cable and change out the original 21mm nut used to lower the spare tire, with a special 5-sided nut instead. Why, you ask? The 5-sided nut requires a special tool that limits the amount of torque that can be applied when tightening the nut. Apparently using a regular hex socket (or impact wrench) could cause the cable to be tightened too much, accelerating the cable failure.

Where is the spare tire?

The spare tire is located under the vehicle, on the passenger’s side, underneath the sliding door.

How do you remove the Spare Tire on a Toyota Sienna?

The spare tire is held in place with a cable. In order to lower the spare tire to the ground, remove the floor mat from behind the front passenger’s seat, and locate the lowering nut. 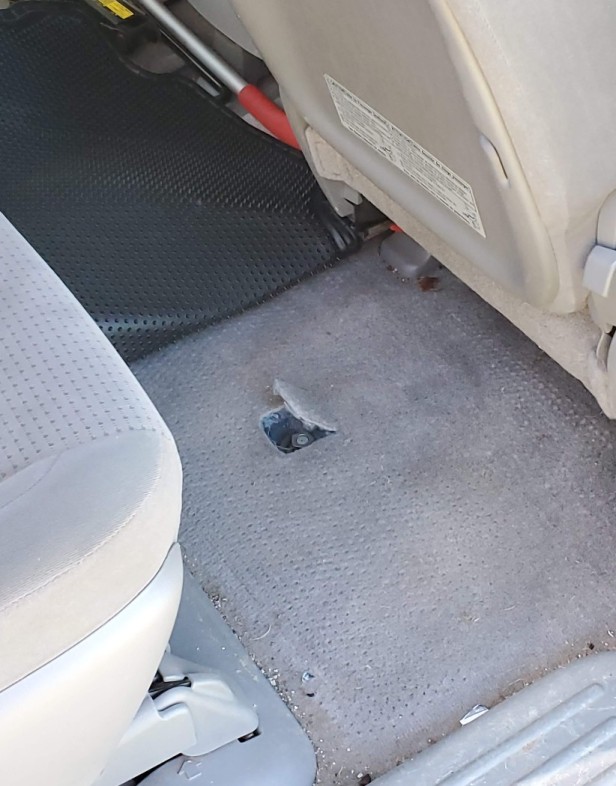 If your van has had the recall fix applied, it will have a 5-sided nut, as shown. Normal sockets or wrenches will not work on this! 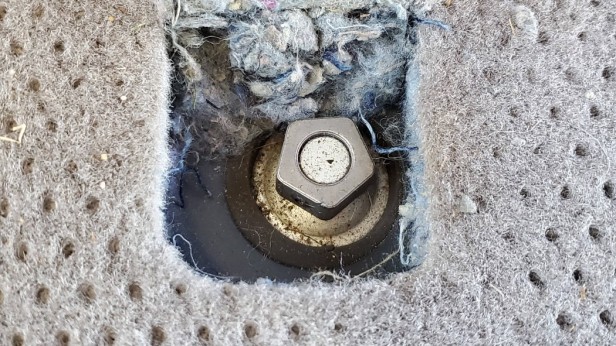 As part of the recall, the dealer should have placed the special 5-sided socket tool in your glovebox. Check there first. It looks like this:

The part number for the 5-sided socket tool is:

That is the original part number, however, if you lost yours, I recommend getting one that has a socket adapter, so you don’t have to use the scissor-jack crank to lower it. This one is much better from that standpoint (don’t overtighten):

Place the tool on the 5-sided lowering nut. 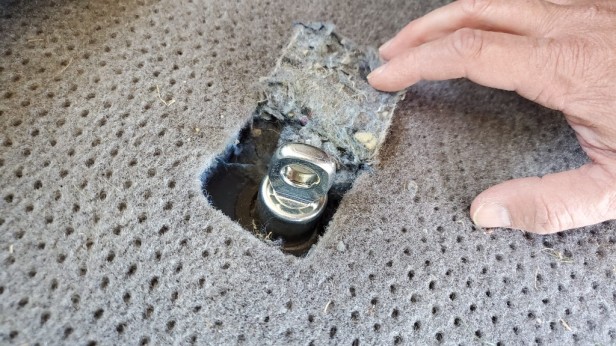 Now locate the crank from your car’s jack. It is located in a side panel in the trunk area.

Slip the hook through tool. 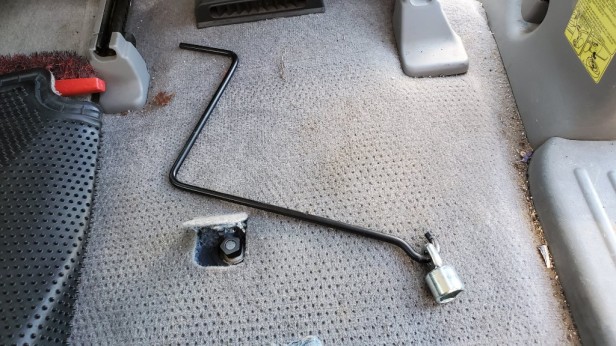 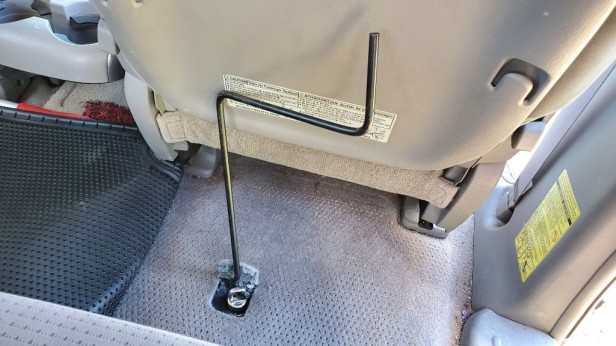 Once the spare touches the ground, keep lowering the nut until you can fit the clasp at an angle through the rim hole to get the tire free of the carrier.

By the way, they even provide a plastic bag for you to put the flat tire in, it’s located in the back of the plastic panel where the jack is. 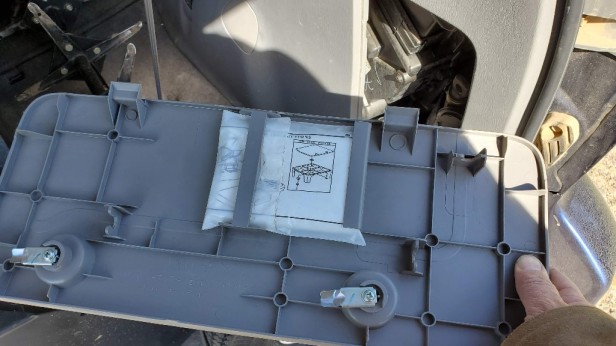 Hey, I hope this helps! Thanks for reading,

The part number for the 5-sided socket tool is: